On this page you can find some basic information on the origins of the Youth Research Platform, our organization and main tasks and relevant contact information. Feel free to contact us for more information or if you are interested in our work and our publications.

Origins and organization of the Youth Research Platform

The Youth Research Platform was founded in 2003 by the Flemish government in response to the identification of several problems and shortcomings in the state of Flemish youth research. The youth policy plan of the Flemish government (2002) cited the problem as follows “One of the most important obstacles in Flanders is the lack of sufficient youth research and the lack of convergence between the research projects. There is also a problem with the communication of these research results.” The Youth Research Platform (JOP) aims to change this situation. By the existence of JOP, structural attention for youth research has been made possible by the Flemish government. Up until the creation of JOP, there was no solid structure making an overview of youth research on regular bases or gathering data on the social life of Flemish youth on a recurrent and structural basis.

The following research groups make up the Youth Research Platform:

Based on the problems identified in the analysis of Flemish youth research, the Youth Research Platform has been given three main tasks:

One task of the Youth Research Platform is to draw up an inventory of existing youth research, which could help to overcome the problem of scattered research and results, and the consequently lack of knowledge on existing youth research. Primary attention goes to the inventory of recent (empirical) research on Flemish and Belgian youth, and explicitly aims to include a diverse array of research domains relevant for youth research like family, leisure, school, health, well-being, work, education, environment, delinquency and media. Since 2012, international research is also being included, with a clear focus on large-scale and broad studies of young people, similar to the JOP-research (see task 2) and on research published in internationally peer reviewed journals. The main findings of these studies are summarized in a  short research file, which are made freely accessible to researchers, policy makers, students and other interested persons via the online database on this website. At this moment, this database contains more than 800 research files of existing (Flemish) youth research.

2) development of a survey, which recurrently monitors the social life of Flemish youth

Besides the synthesis of existing youth research, we equally aim to gather own empirical data on the social life of contemporary Flemish youth on a recurrent basis. Therefore, a standardized questionnaire has been developed, which monitors the life-conditions and activities of young people. The content of the survey is based on other research instruments and explicitly aims to document several topics relevant to Flemish youth. The first Youth Monitor was conducted in 2005-2006, on a sample of 2503 Flemish 14- to 25- year old respondents. These respondents were randomly selected from the National Register and were sent a copy of the questionnaire by mail. A response rate of 58% resulted in the final sample of 2503 respondents.

Based on these data two books have been published. The first publication describes the main findings on the themes included in the Monitor. A summary of these findings can be found here: Young people in Flanders: Facts and Figures. Findings of JOP-monitor 1 (2007). The second publication deals with six specific themes that were subjected to a more thorough and in depth analysis. The book elaborates on the themes of 'self-esteem', 'school well-being', 'fear of crime', 'democratic citizenship', 'ICT use' and 'life-course perspectives'. A summary of the main findings and some reflections can be found here: Young people inside out. Main findings and reflections (2009)

Since the administration of the first monitor in 2005, two new versions of the Youth Monitor has been administered, each also in a random sample of Flemish youth, both times  between the ages of 12 and 30. In 2008, the second Youth-monitor was conducted by a mail survey,  resulting in a final sample of 3710 respondents (response rate of 46%). In 2013 the third version of the Youth-monitor was administered  and questioned a final sample of 3729 Flemish youngsters (response rate of 46%).

Next to these general surveys, JOP city-monitors have been administered in several cities in Flanders. These studies more specifically aim to bring more insight into the specificity of growing up and living in contemporary urban environments in Flanders. More specifically, a Youth Monitor was conducted in the city of Brussels in 2010 among 2.502 pupils in the Dutch-speaking schools in the Brussels area. In 2012, a Youth Monitor was conducted in the cities of Antwerp and Ghent, in which 3.800 pupils completed the questionnaire at school. In 2013, a new school survey among 2.548 secondary school students in the cities of Antwerp, Ghent and Brussels was administered. These studies offer a more comprehensive and more nuanced insights in the living conditions, attitudes and behaviour of young people growing up in Flemish cities.

3) development of an international dimension

Secondly, the Youth Research Platform is appointed as the Flemish correspondent in the European Knowledge Centre for Youth Policy (EKCYP), for which relevant ‘country information’ on Flemish youth policy is delivered. 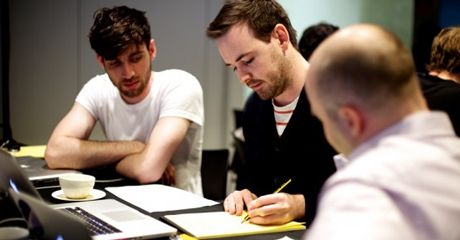 Search in the database of Flemish youth research